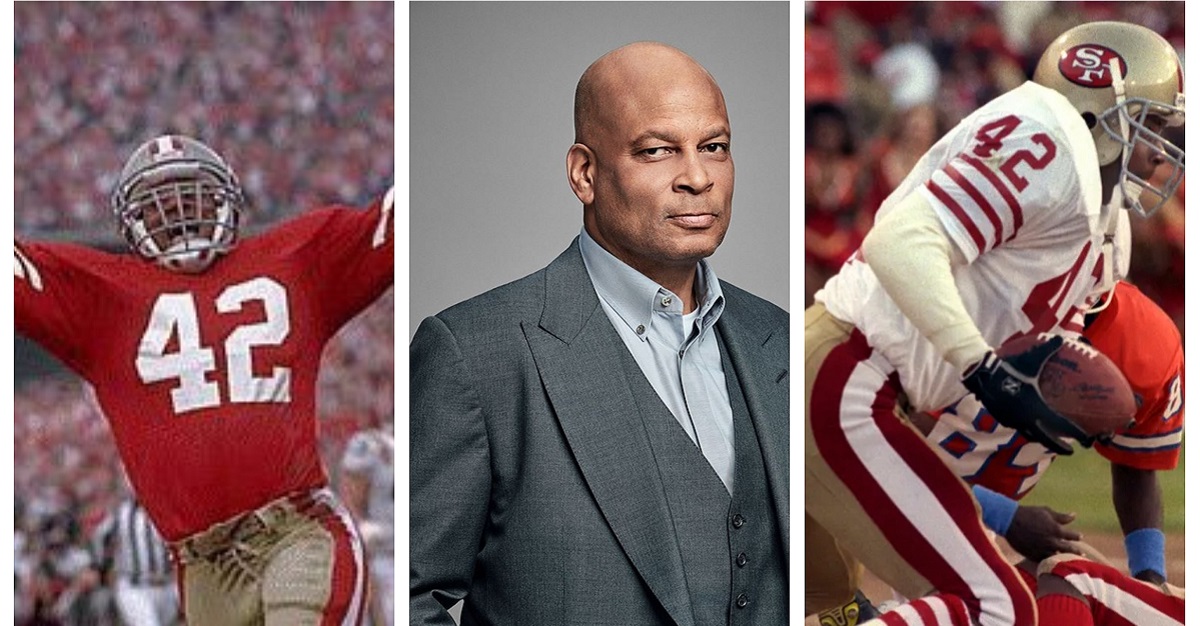 Ronald Mandel Lott (Ronnie Lott) is an American former professional football player who played cornerback, free safety, and strong safety in the National Football League for fourteen seasons during the 1980’s and 1990’s.  He is one of five players that were on all four 1980s 49er Super Bowl wins. The other four players are quarterback Joe Montana, linebacker Keena Turner, cornerback Eric Wright, and wide receiver Mike Wilson.  Lott is 6′-0″ tall and played at 203-pounds that packed a punch when he hit players with a unique exuberance.  Lott was elected into the Pro Football Hall of Fame in 2000 and was respected as one of the top free safety players ever.   We have selected 4 popular videos covering the amazing NFL career of Ronnie Lott including:

Enjoy watching this selection of Ronnie Lott videos below.

1)  A Football Life:  A Standard for the Position of Safety

Ronnie Lott exhausted every moment of his Pro Football Hall of Fame career and sacrificed everything for the game.📺 A Football Life: Ronnie Lott premieres Friday at 10pm on NFL Network.

2)  A Football Life:  Ronnie Setting the Tone for the Super Bowl

Ronnie put his body and soul into his hits….Lott had an uncanny awareness of how a play was developing.  This allowed Ronnie to break up passes, gain interceptions, and earn a reputation as one of the hardest open-field tacklers in the history of the NFL.

Lott switched to the safety position in 1985. He had the tip of his left pinky finger amputated after the 1985 season when it was crushed by the helmet of running back Timmy Newsome.  A bone graft surgery would not have allowed him to start the 1986 season and Lott opted for the amputation route to be able to start the season.

Ronnie Lott knew that giving his all on the field meant sacrificing a piece of himself — literally. 📺 A Football Life: Ronnie Lott premieres TONIGHT at 10pm ET on NFL Network. San Francisco 49ers

Remember to “share” this NFL legend and hall of famer with other NFL fans.