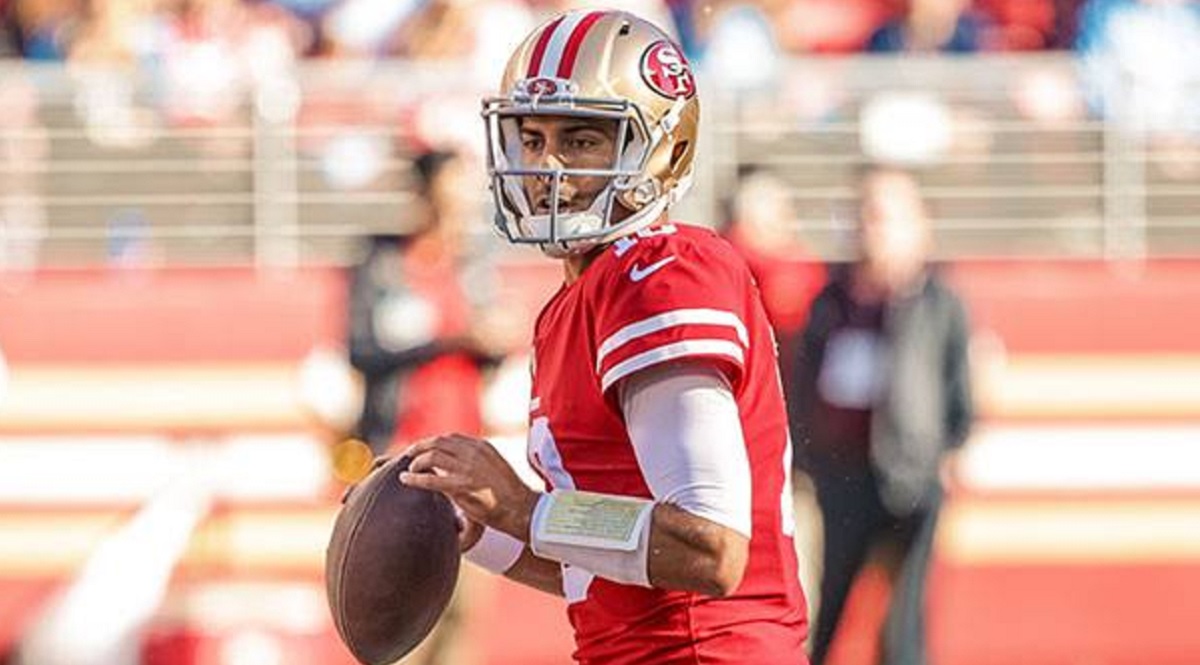 James Richard Garoppolo is an American football quarterback for the San Francisco 49ers in the National Football League. He played college football at Eastern Illinois.

Garoppolo was drafted in the second round of the 2014 NFL Draft by the New England Patriots.  He has already won two Super Bowls as the backup Quarterback to Tom Brady before getting the lead QB role with the 49ers. The 49ers are off to a great start and currently leading the NFC West with a 9-1 record for the 2019-20 NFL Season.  The Seattle Seahawks handed the 49ers their first loss of the season in on overtime 27-24 win.

Our ProFootballIntel.com video analytics platform analyzed over 49,000 NFL videos, and here is a selection of 3 popular videos about Jimmy Garoppolo including:

A quarterback's eyes can be as important as his arm. 👀💪On this episode of #DETAIL, Peyton breaks down how Jimmy Garoppolo looked George Kittle open for a TD.Stream Detail now on ESPN + now: http://on.nfl.com/B2Q0PvSan Francisco 49ers

Stephen A. Smith explains why San Francisco 49ers quarterback Jimmy Garoppolo has the most to prove in the NFC West, while Will Cain says Arizona Cardinals head coach Kliff Kingsbury will be heavily criticized if he is not successful in the NFL.

Jimmy Garoppolo sits down with Steve Young to discuss his career thus far and how his experience propelled the 49ers to an 8-0 start.

Remember to “share” this article with other San Francisco 49ers fans!