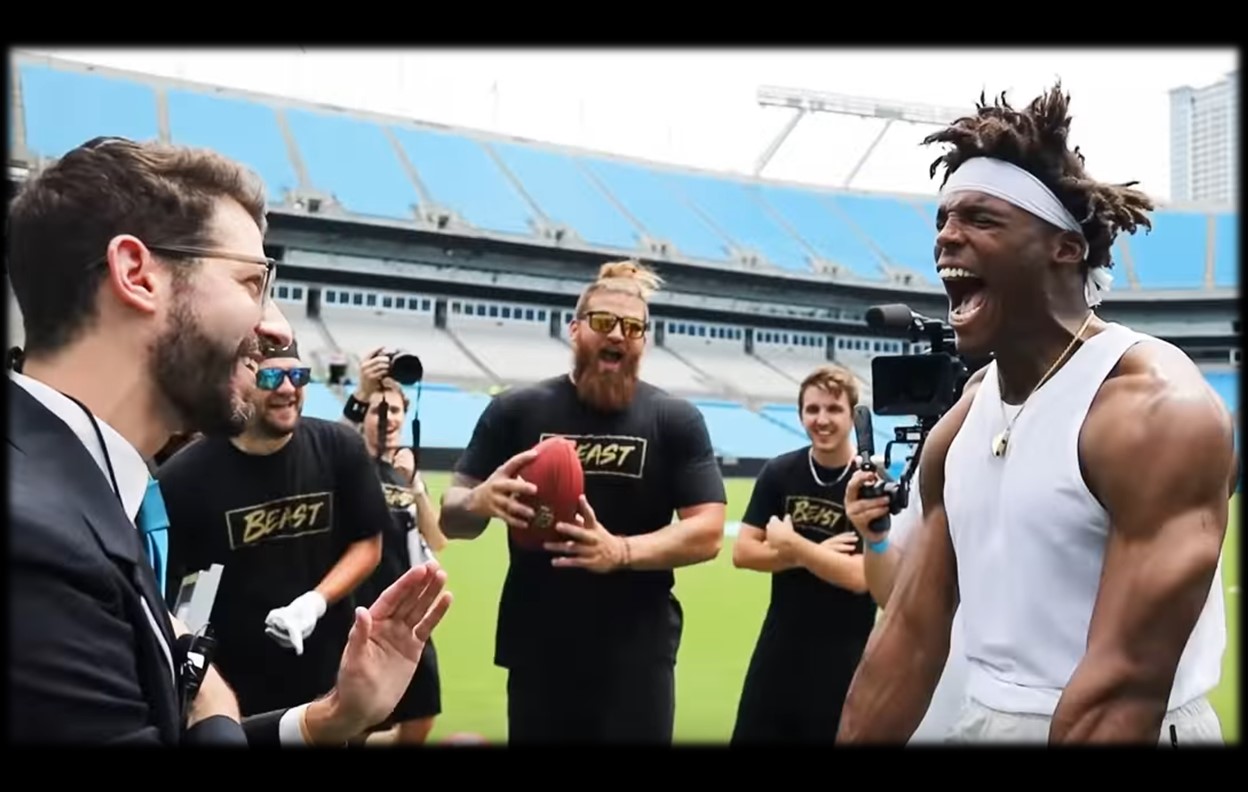 What does NFL star Cam Newton really want? Some of his very own Guinness World Records titles!

Carolina Panthers quarterback Cam Newton recently teamed up with YouTube personality Mr. Beast at the NFL star’s home stadium in order to attempt breaking a series of Guinness World Records titles! The results? Well, watch for yourself and be prepared to be entertained!

While we’re at it, check out Stephen A. Smith, Terrell Owens, and Max Kellerman play “Take It or Leave It,” discussing whether: the Cleveland Browns will live up to the hype vs. the Tennessee Titans; They pick Jared Goff to outperform Cam Newton in the Los Angeles Rams vs. Carolina Panthers (with Aaron Donald taking on Cam).

Have some fun and watch a live Carolina Panthers game this season!

Remember to “share” this with other fans of this NFL superstar!